In Part 2 I’ll show some of my inspiration for styling Thirties and Forties hats.

ITV’s Poirot is a delight to watch, not just for the story, but the attention to detail for the era. It’s difficult to find photos of the characters that only show up in one episode, which means you have to watch it to see their headgear! Miss Lemon is a resident character at Poirot’s flat, working as his secretary, so I found photos of her hats! I think she is a good example of a well-dressed lady, without being from the upperclasses, so a good role model everyday or office wear dressing in the Thirties. 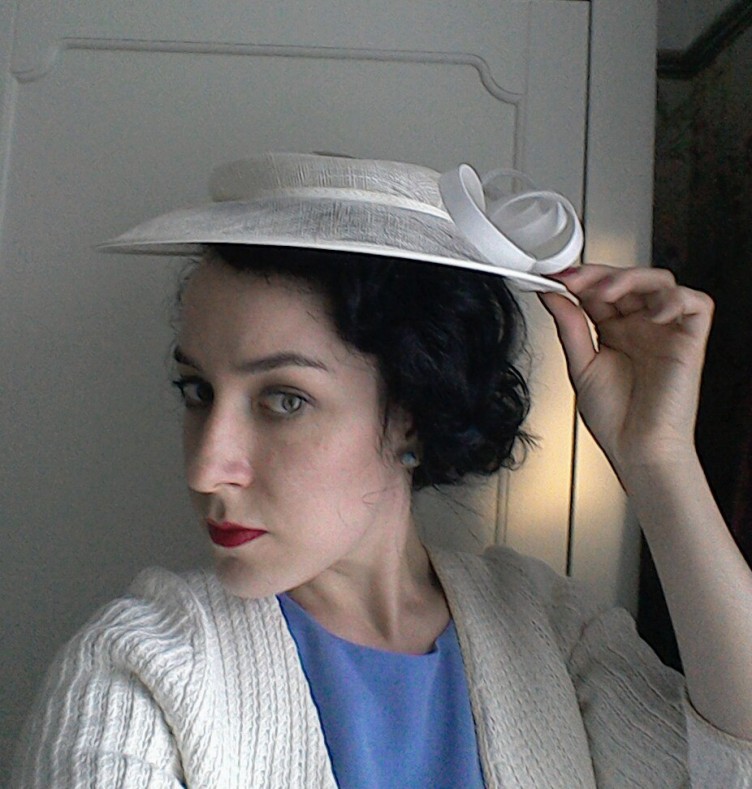 One way to wear a hat for a Thirties style outfit is to wear the hat on top of your head, which sounds silly, because isn’t that where it’s meant to be anyway! Look at the photos to see what I mean. Hair is shorter or done up close to the head.

Black and cream hat with feather worn Thirties style – back 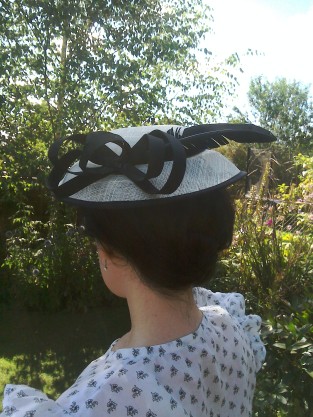 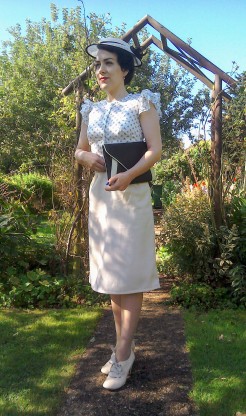 I don’t often wear hats with my Forties outfits as I tend to go for high updo’s, then it’s a shame to cover it up. Look at Death by Deco for a masterclass in hat wearing, especially the Forties styles – and brilliant turban tying lessons! 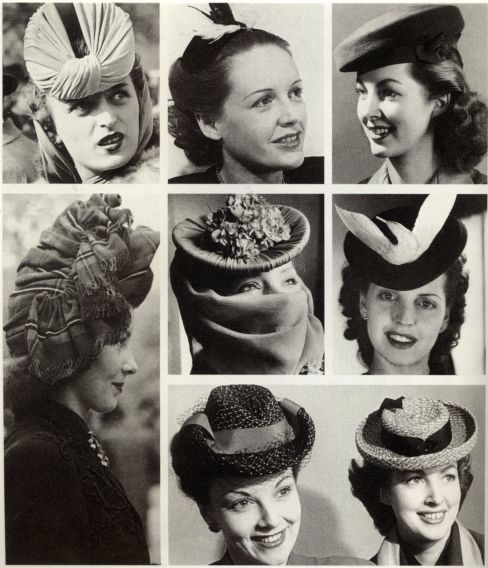 The series Agent Carter is one of my favourite Forties set TV shows. The red hat! Interestingly, the more masculine, power dressing style and tailoring for the Forties was partly born from wartime ‘make do and mend’ ingenuity. The women at home were encouraged to keep up appearances for the troops morale, and that meant one was allowed to raid the husband’s wardrobe for altering to womenswear! This was not just jackets, but hats too. That’s why some of the hats have a trilby look. 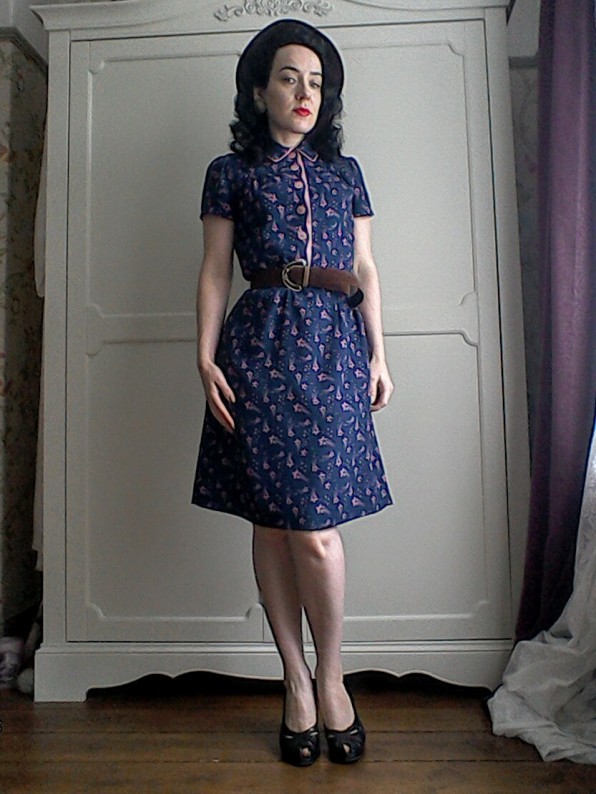 I’ve styled the same hat from the Thirties look for the Forties, by wearing at the back of my head, so the brim frames my hairstyle and face like a halo. If you don’t have a high updo at the front, you can wear perch (or tilt) hats like in the original photos above. 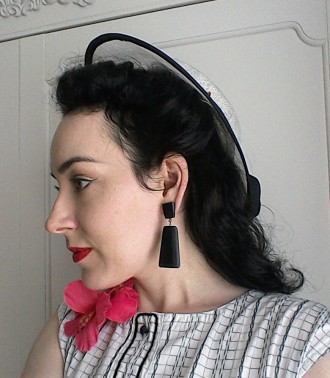 Black and cream hat with feather – side 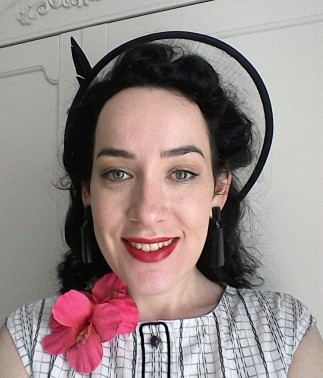 Black and cream hat with feather – back

For historical accuracy, Forties films, (I like film noir), will give you some amazing creations to look out for. This turban/ knitted headband from Hitchcock’s Suspicion, worn by Joan Fontaine had me rewinding the final scene. I think this is going on my wish list of knits.

NB. Since writing this post, I can offer to knit a recreation of this knotted headband. Go to my Contact page to enquire or through FB (thegirllovesvintageshop), my Etsy shop (GirlLovesVintageShop) or DM on Instagram @thegirllovesvintage.

In Part 3 we’ll look at the Fifties and Sixties.